This is an ongoing post that I’m going to use as a scratchpad to document the “put a ham station on top of the ridge” project.

Here’s a picture of “the problem” 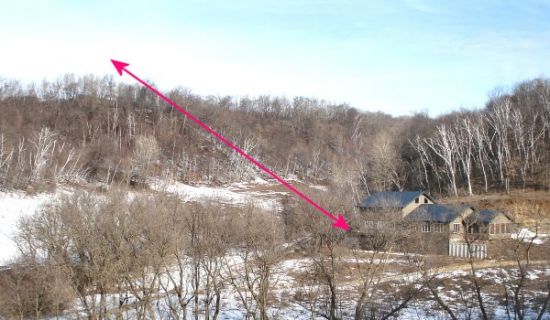 The farm is a wonderful place, and the house is in a nifty location. South-facing so it gets lots of sun in the winter, huddled in the valley out of the way of the prevailing north winds, close to the water table so the well isn’t very deep, etc. A great spot for a house. But a lousy spot for a ham-radio antenna. The arrow points to a much better spot for the antenna. The question; how to make that work?

Here’s the latest block diagram of The Plan 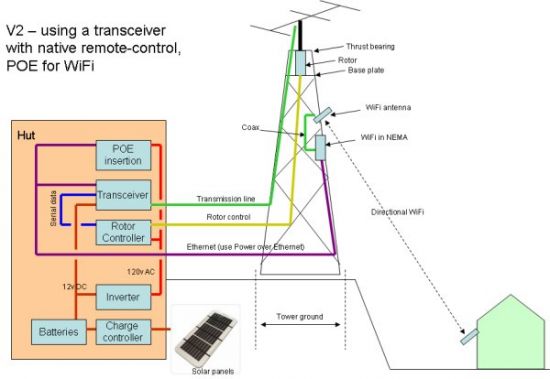 This’ll change as I get smarter, but it’s a first-try. There are some interesting choices;

– Should there be a PC up there to do the housekeeping on the serial-port, or can I push serial through the transceiver?

I’m going to use a TenTec Omni VII radio, which can push serial out the back — which may or may not work for controlling the antenna rotor. The cool thing about the Omni VII is that it can be directly controlled via Ethernet, which eliminates a lot of fussiness.

Right now, I’m leaning towards mounting the AP up near the WiFi antenna, to keep the coax run between the AP and the antenna as short as possible. That means either running AC power up the tower, or using power over Ethernet. I’m not keen on having 120v power on a steel tower that I’ll be climbing around on, so I like POE as the solution. Looks like the distance won’t be a problem — max according to the spec is 100 meters — I’ll only be going about 30.

Here’s a picture of the tower 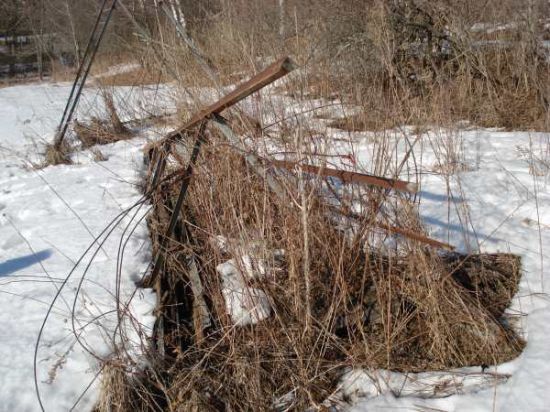 I used to have a wind turbine mounted on this old water-pumper tower. But the whole shebang came down when we moved and it’s been sitting in the weeds ever since. This will be a great chance to recycle this 50-foot tower.

Did me some fooling around with the mapping program tonight. Here’s the result. 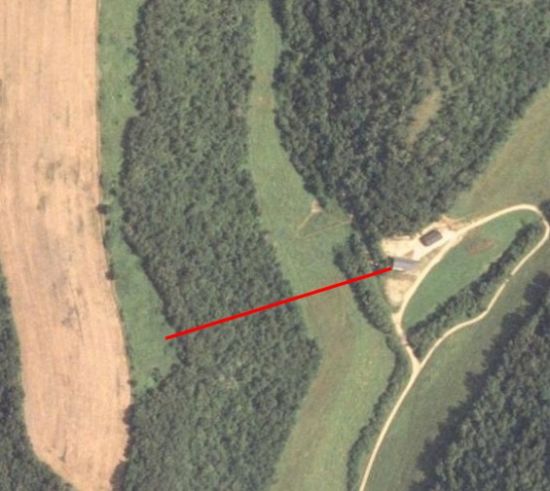 This is an aerial view — the red line is between the house and the field where the tower could go. 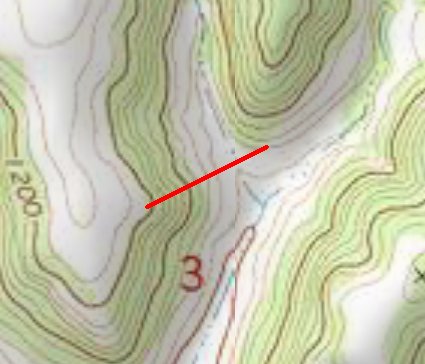 This is a topographical view… 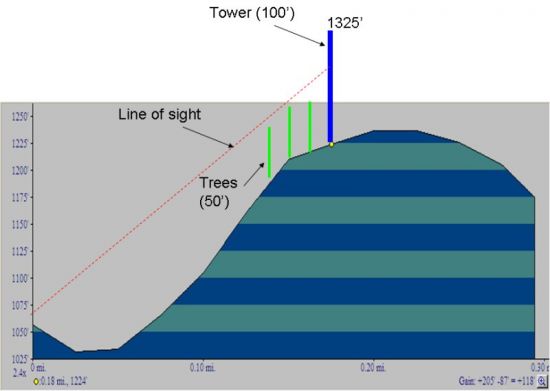 And this is that same line, but showing distance and elevation. It’s looking like the 50 foot windmill tower would “see” the house, but only with some tree-cutting.  A 100 foot tower would be a cool thing. Then I would be at 1300 feet, which gives me a line of sight shot into Eau Claire and Winona.  I’ve got a line on a really neat 100′ Pirod tower from my friend Don Overbye. 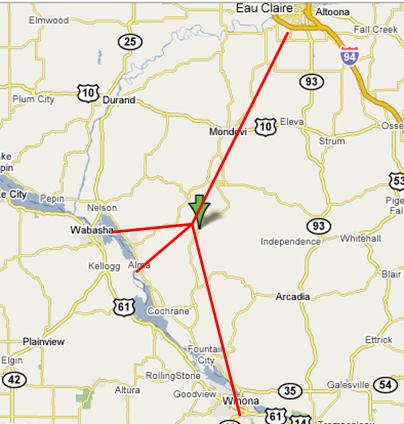 Here’s a wide-area map — some interesting possibilities. Winona and Eau Claire are about 25 miles, Alma’s around 14 miles and Wabasha’s about the same. Maybe I could get tied into a repeater network or two… Or get me some high-speed Internet access with a microwave shot…

Here’s one of the great maps from the Milwaukee Area Amateur Society site that shows where I set in relation to the repeaters that they’re tracking.