I gave a talk at my Grinnell College reunion last weekend and decided to build this post to share a bunch of links to things that I talked about.  This ain’t a’gonna make any sense to the rest of you.  But the stuff is interesting.  🙂

This is a story of rivers of geeks.  I described the rivers that I swam in during my career, but these are by no means all of the species of geeks that ultimately built the Internet.  I was lucky to be a part of a gang of 10’s maybe 100’s of thousands of geeks that came together in the giant happy accident that resulted in this cool thing that we all use today.  But don’t be confused — it was a complete accident, at least for me and probably for all of us.  Here’s a diagram… 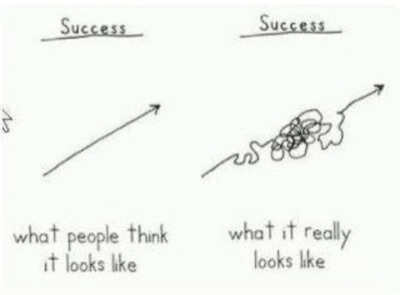 I talked a little bit about what it was like as an Asperger guy showing up at Grinnell in the fall of 1968 — when everything was changing.  We Asperger folks have a pretty rough time dealing with changes.  Several people spoke with me about this part of the talk later in the weekend.  The really-short version of my reply was “just give us more runway.”  Many of the geeks that built the Internet are Asperger folks.

Another giant gaggle of geeks is the “community radio” gang that I was part of.  That part of the talk opened with a discussion of Lorenzo Milam, one of the folks who inspired many of us community-radio organizers to go out and do ridiculous impossible things.

Which led into a discussion of my involvement with the community radio movement — Tom Thomas, Terry Clifford and Bill Thomas are all still very much involved in public and community radio these days.

Then there was a musical interlude (you cannot believe how much the music went off the rails — almost all the technology failed — oh well).

The next series of accidents revolved around the “learn my chops in brand-name consulting organizations” part of the saga.  Another of the rivers of geeks — many people of the Internet construction workers came from big firms like Arthur Andersen and Coopers and Lybrand, the two places I worked.  Probably the biggest things I learned there were Structured Programming and project management.  And this… 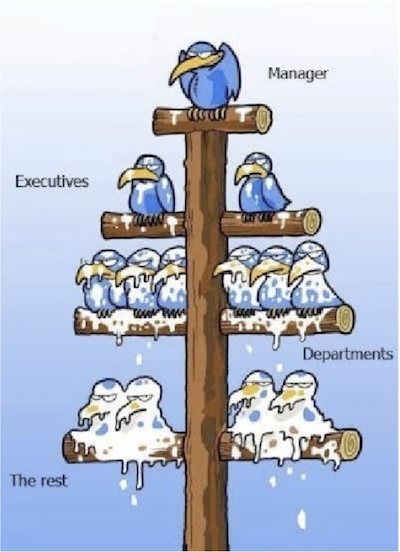 The next accidents ran this Forrest Gump type guy through a couple of now long-dead mainframe companies , another BIG source of internet-building geeks.  First ETA Systems, the hapless wannabe competitor to Cray.  Then Control Data, where I learned how to do mass layoffs in an imploding manufacturing company.  Ugh.

I was an early personal computer enthusiast as were almost all Internet geeks.  I live in the Midwest, so I missed out on the Homebrew Computer Club in Silicon Valley.  Dang.  But relatively cheap modems showed up about that time which led to the rise of the Bulletin Board System (BBS) movement which provided the gathering places for a lot of us Internet geeks. Boardwatch Magazine, published by Jack Rickard, was the glue that held us together — Jack inspired me much the same way that Lorenzo Milam did.  The arrival of FidoNet allowed email to flow beyond the local boundaries of a BBS and brought a lot of us geeks together for the first time.

Another giant pile of Internet geeks came from the ham radio movement.  My call is KZ0C and I’m completely lame — I hardly do anything ham radio related these days.  But a whole giant tradition of “makers” comes out of that gang.  We hams were darn early adapters of the packet networking protocols that underpin the Internet.  We turned that stuff into packet radio.

So there’s the list of pre-Internet geek communities that I was a part of in one way or another.  No wonder some of my friends call me a Forrest Gump of Internet technology.  So what happened next?  This is what happened next… 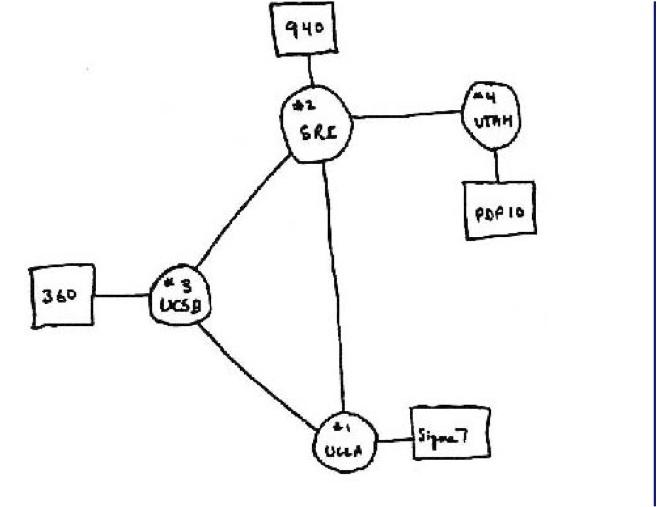 That’s a picture of the first four-node ARPANET network in the late 60’s.  The network grew slowly over the next couple decades and by the mid-80’s had been opened up to include institutions of higher education.  I worked at the University of Minnesota which, when I was there, was home to the Gopher protocol and the POP3 email protocol — another great gaggle of geeks.  I was a Dreaded Administrator, there to fix a financial system problem, but I loved those geeks ’cause they were the ones that turned me on to the Internet.

The next kind of geeks that still play a huge role in the Internet are the folks that work at Internet Service Providers (ISPs).  Ralph Jenson and I started an ISP in my basement and called it gofast.net.  That project grew into an amazing gang that eventually got rolled up as the ISP market consolidated in the late 90’s and thereafter.  Lots of the geeks I’ve described in this post were involved in starting those early pioneering ISPs — what a time…

The last geek that I mentioned in my talk is Hubert Alyea, the role-model for the Disney films about the Absent Minded Professor.  Professor Alyea was another great Asperger geek who was quite emphatic in telling me about lucky accidents, great discoveries and the prepared mind.  Click HERE to see movies of some of his lectures on Youtube — they’re astounding.

What are Mike and Marcie obsessing about now?

The rest of this post is a series of links to projects that I mentioned during the talk.

The final thing I need to throw into this post is three little graphs I made up to describe the half life of knowledge — in which I choose to view the glass as half full.  As the half-life shortens, it takes less and less time to become an expert! 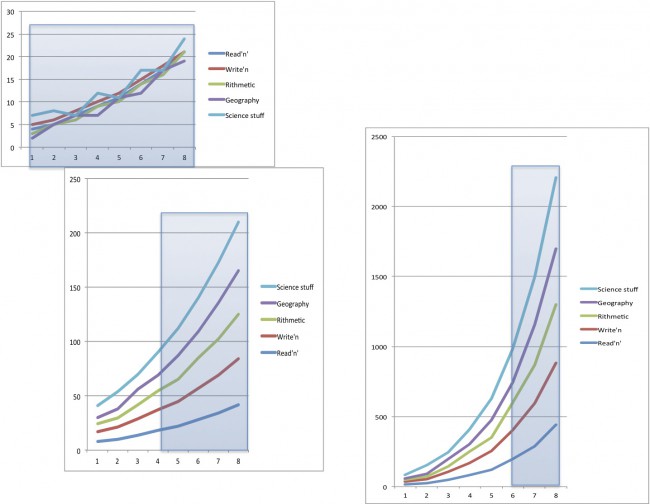