Clogged sandpaper leading to burns in the wood has always been a big problem with my PerformaX (JET) 16-32 drum sander.  I’m hopeful that this is the fix — replacing the cover to provide a connection for a 4″ dust collection hose (from the current model) rather than the original one which connected a 2.5″ hose.  Here are the pictures — which started just before COVID and end…  today, almost a year and a half later. 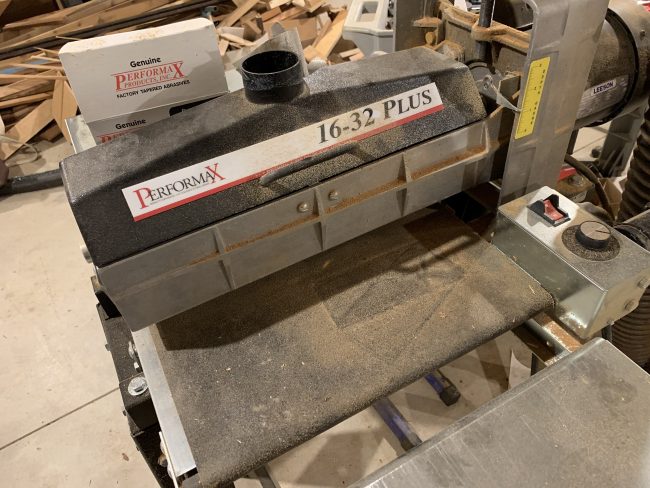 Check out this post to get part numbers for the new hood.  The description of the hood is in the paragraph just before the video, the part numbers are just after.  With 20/20 hindsight I should have ordered the new knob and latch mechanism, but it wasn’t too hard to move the old one over.  Here’s the link — go there for part-numbers at a minimum. 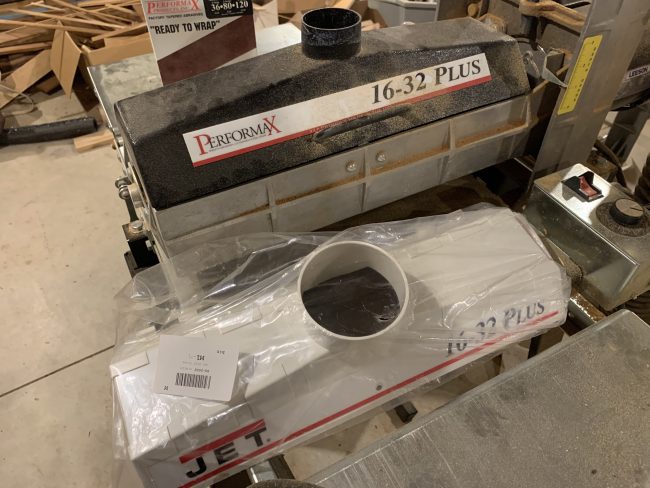 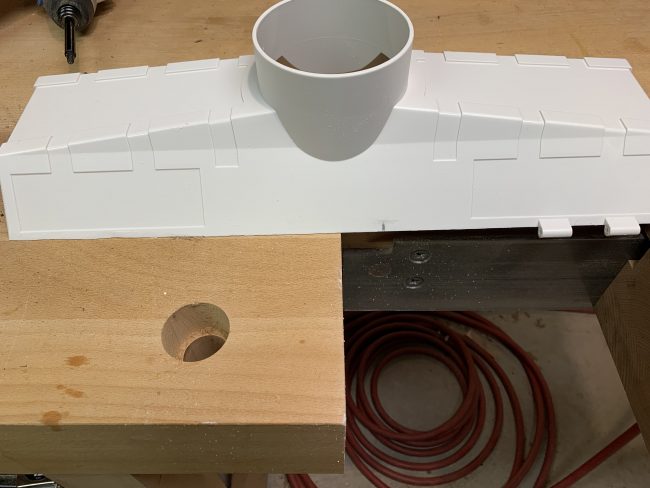 … and notched the hinge-indentations to match the old/standard cover.  This is the best view of the difference in size between the old 2.5 inch port and the new 4 inch port – about 2.5 times the area (and thus airflow) which should help a lot. 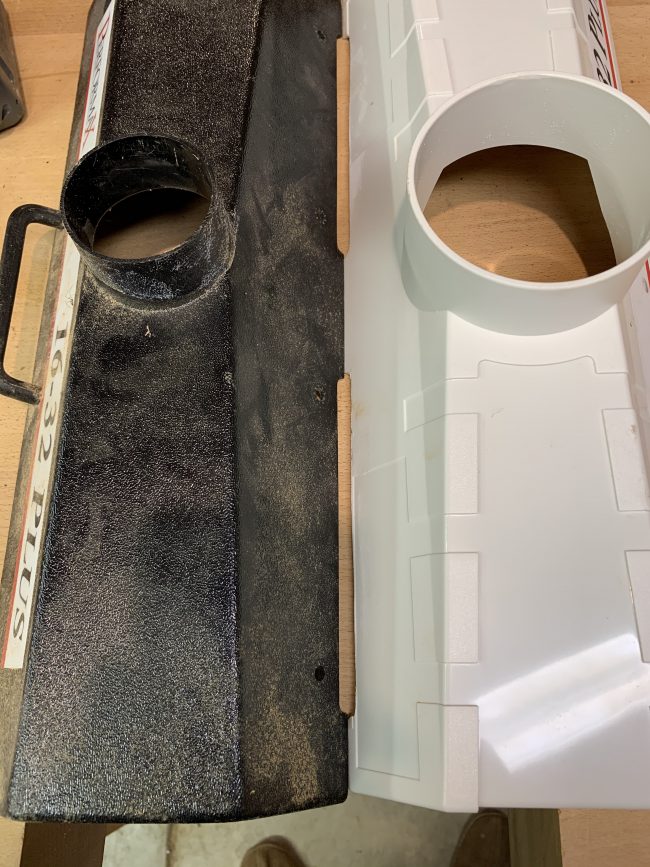 I got stuck trying to figure out how to mark the place to drill the holes for the hinges.  My pal David was over and suggested putting the cover in the open position, which would put the hinges on top of it.  Easy to mark from there.  <facepalm>

So I finished it up this afternoon.  Here’s the hinge side… 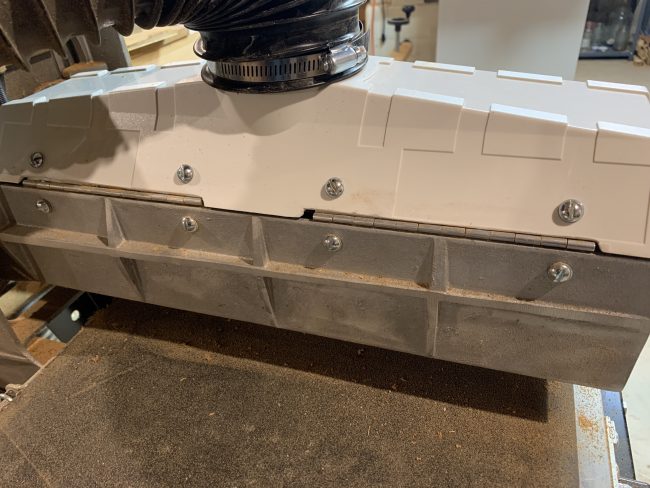 Here’s the handle side.  Black tape covers the pre-drilled hole for the handle.  It would have been clever to order the new knob and catch (check those numbers out in the post-link above).  But it wasn’t hard to mount the old hardware. 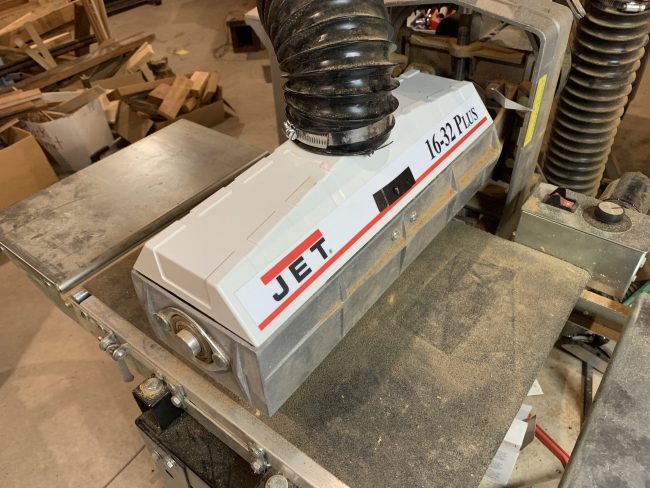 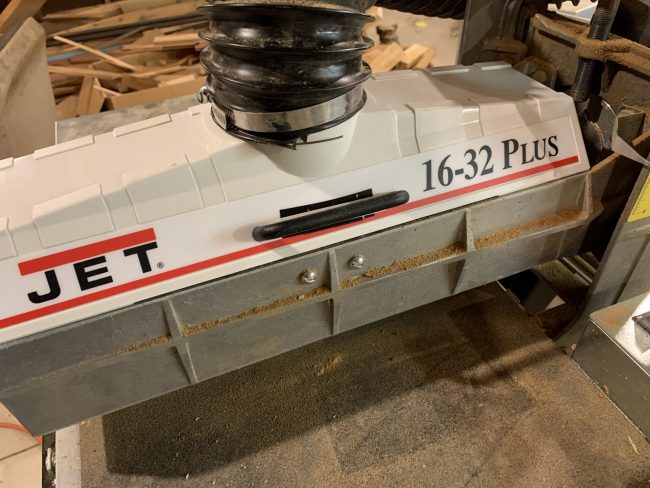 With a reminder as to how to open the latch.