I’m kicking off a new topic area — Woodworking. The “notes to myself” I wrote about my home brew PVR (“FreeVo”) project is what inspired me. Another kind of geek stuff I do is fooling around trying to teach myself how to make furniture. So this is the first of an periodic series of posts describing my efforts.

This winter, the “big project” was to try out making a dresser. This is my first foray into the realm of boxes — and this dresser has 7 of ’em! The big box of the dresser case, plus six little boxes for the drawers. The big lesson learned is that making things square in two dimensions is a lot easier than making them square in three. The big box is out of square about an eighth of an inch and that wound up driving me nuts for the whole project thereafter — constant corrections.

I built this dresser following (slightly modified) plans from Bill Hylton’s Chests of Drawers book. A great book — filled with plans that are mostly way too advanced for me, but very clear and good at helping navigate the rough patches. 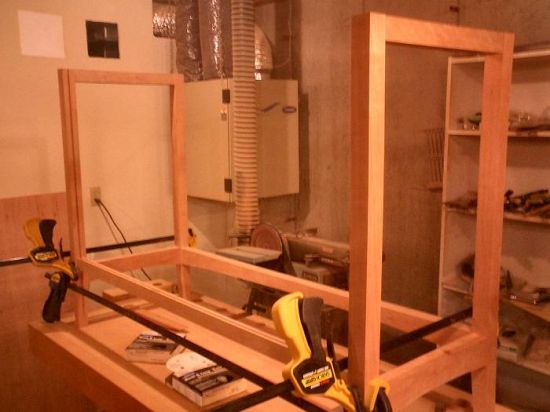 Here’s a picture of the big box, just after I glued it up. It was at this point that my fateful eighth of an inch out-of-square crept into the scene. I got too cute — I used mortise and tenon joints instead of the loose tenon joints that Bill describes in the book and paid the price for deviating from the instructions of the Maestro. 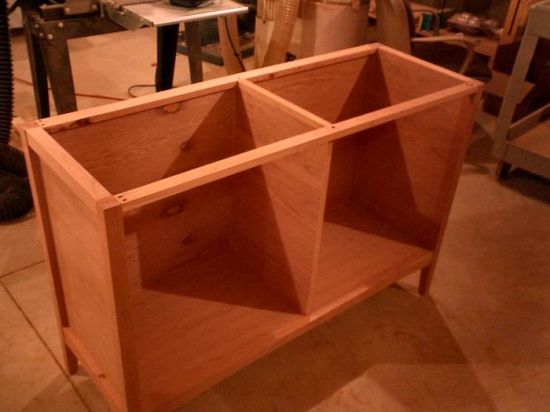 Now the “big box” is basically done. The top isn’t structural, it’s going to get hooked on with those little angle irons you use to put solid-wood tops on tables. 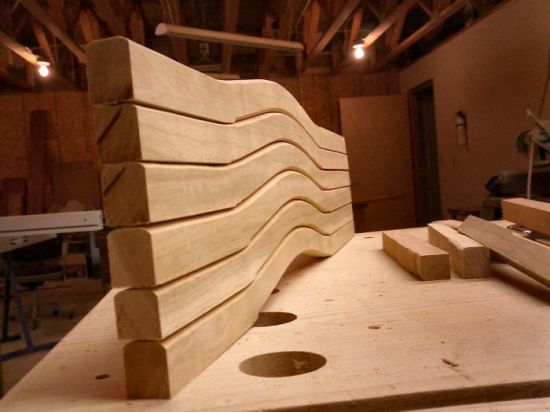 These are the blanks for the drawer handles. Another “first” on this project was to learn how to do pattern cutting with the router. Now that’s a gizmo! I can tell I’ll be having a lot of fun with that router bit in days to come. 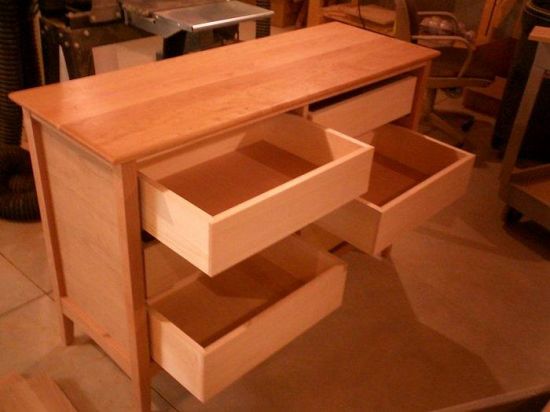 Now the six “little boxes” are done and mounted. This dresser uses drawer-mounting hardware like you’d find in kitchen cabinets. I’m still a little too ham-handed to make a real dresser where the drawers fit in the dresser frame directly. Maybe some day, but only after I get better at square. One neat thing about this hardware is that it’s got a little gizmo that “self closes” the drawer in the last 3 inches of its travel — sorta like the trunks on fancy cars. 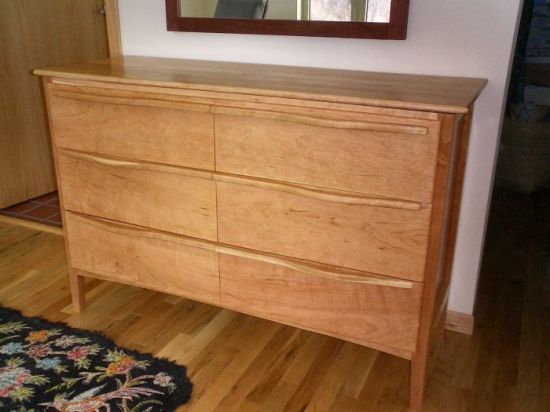 All done. I like it a lot, and Marcie does too. I’ve adjusted that one drawer-front that’s a little out of whack in this picture so everything’s looking pretty good unless you know exactly where to look for that dreaded eighth of an inch.