This is a scratchpad post about the battery power-storage system. Another in the “Prairie Haven Operator’s Manual” series of posts.

Right now there are just a series of documentation diagrams that I made — I’ll add explanations as time permits.

Just for fun — here’s a picture of the Submarine Control Room Command Console that shows off the three inverters at the heart of the system.

Here are the panels that are supplied by the inverters (the fourth one, on the right, is the panel for loads that aren’t supplied during power outages).  The boxes below the panels are for the loads that are interrupted during outages, but can be re-enabled during periods of excess power production. 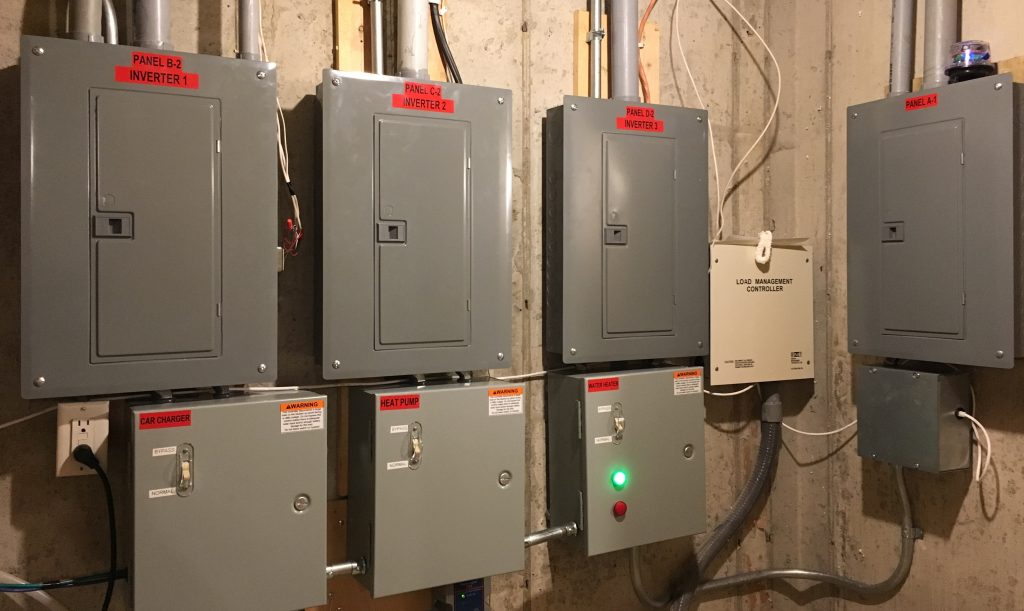 Here’s a diagram of how the household-wiring/electrical-panels/inverters/batteries fit together, starting with the batteries on the top and winding up with an inventory of which circuits are driven by which inverter at the bottom.  Each of the inverters is driving one load that is interrupted when the grid is down, but which can be manually re-enabled during periods of excess power production. 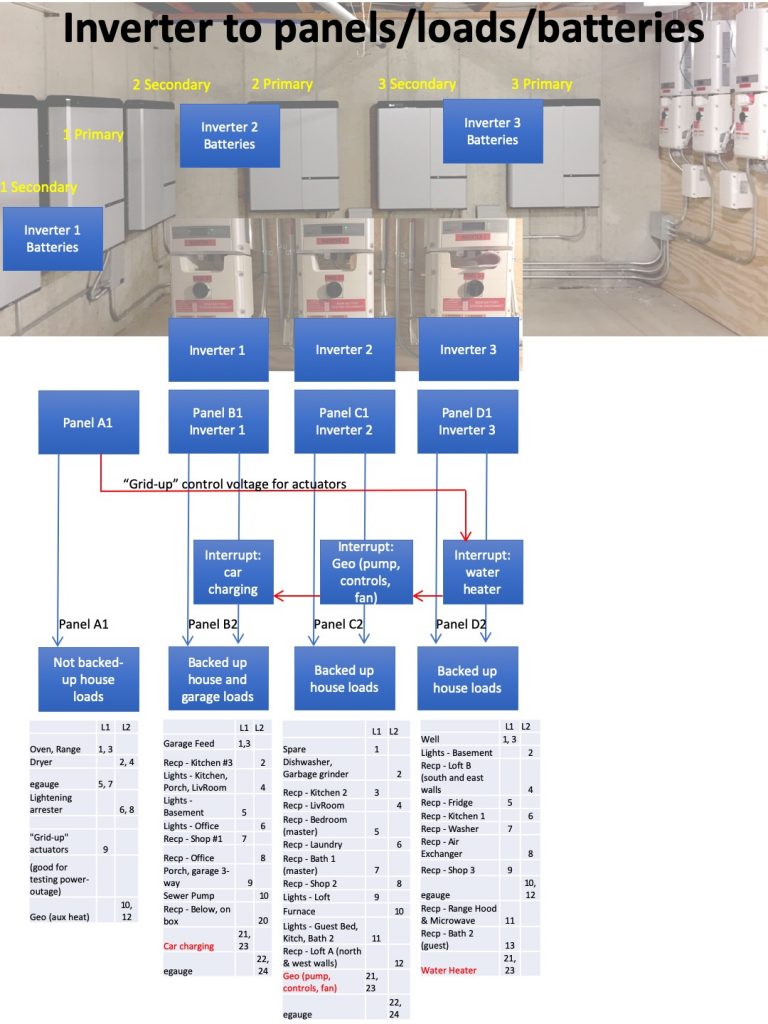 Here’s a wiring diagram of the relationship between the batteries and the inverters. 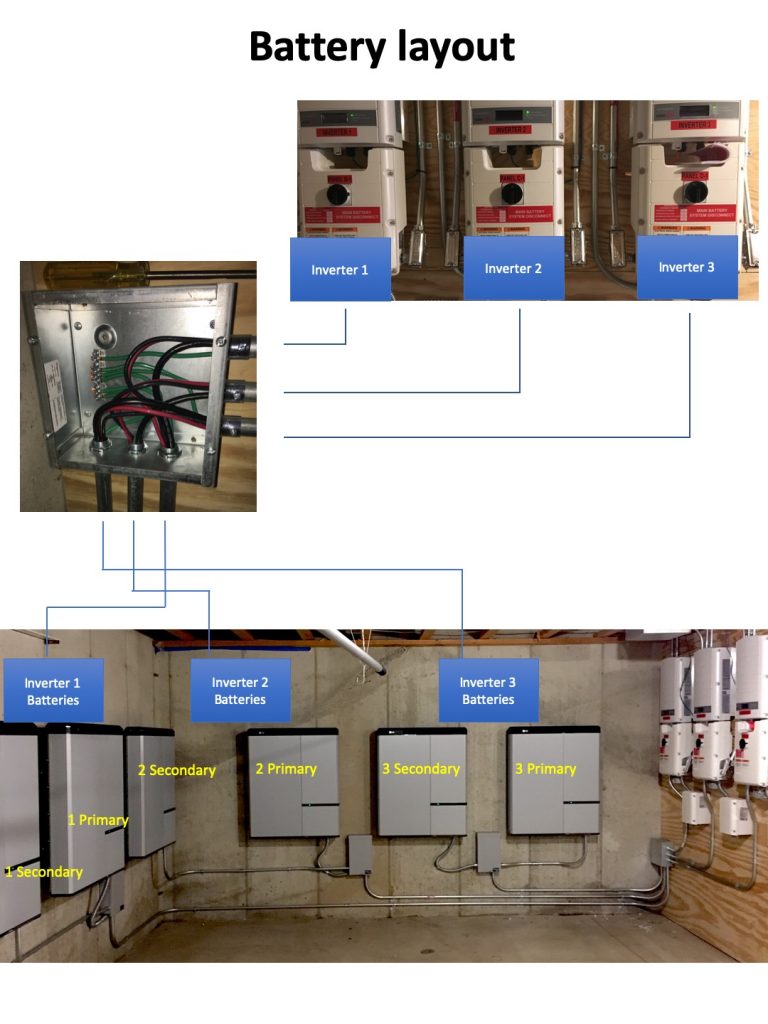 This view adds the exterior boxes and shows the relationship between the outside disconnects and the boxes inside the house. 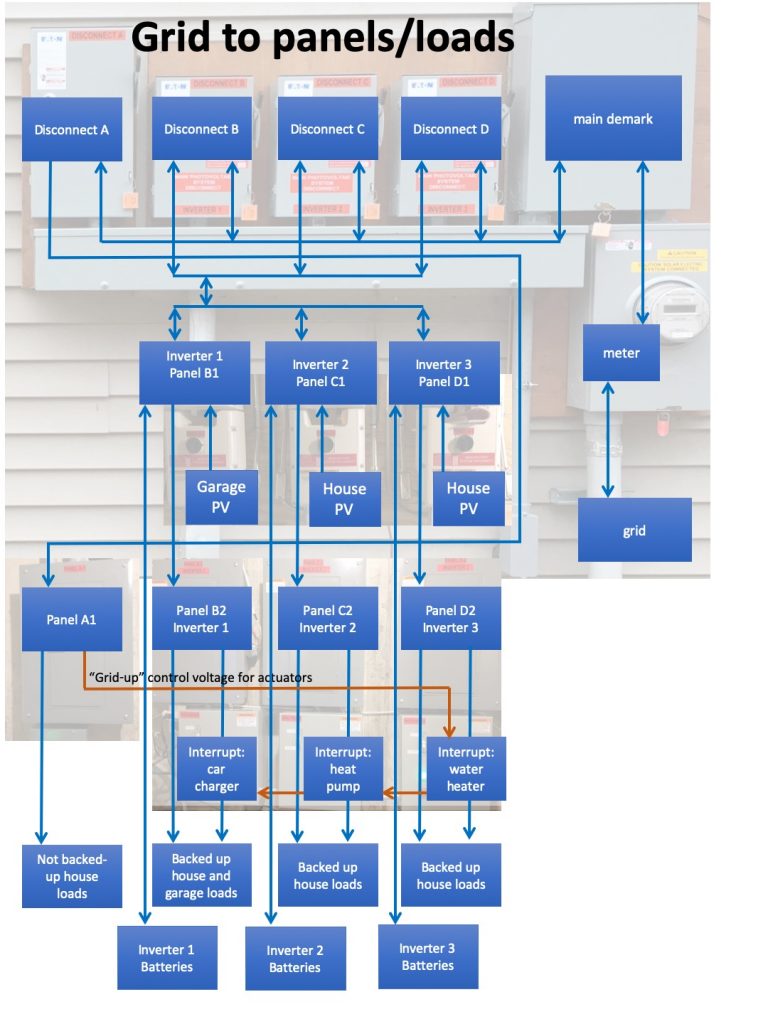