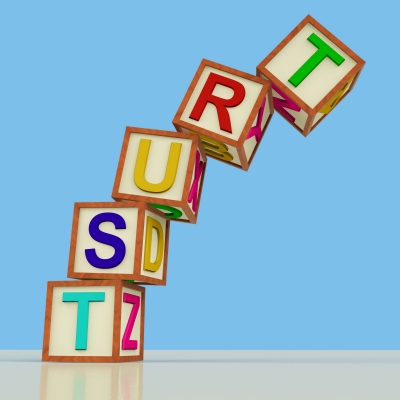 So once upon a time I worked at a terrific ISP in St. Paul, MN.  Back then, before the “grand bargain” that led to the shared hallucination known as ICANN, there were several pretty-credible providers of DNS that later (somewhat disparagingly) became known as “alternate” root providers.

In those days, we offered our customers a choice.  You could use our “regular” DNS that pointed at what later became the ICANN-managed root, or you could use our “extended” DNS servers that added the alternates.  No big deal, you choose, your mileage may vary, if you run into trouble we’d suggest that you switch back to “regular” and see if things go better, let us know how you like it, etc.

The ICANN root is getting ready to expand.  A lot — like 1200 new extensions.  Your opinion about this can probably be discerned by choosing between the following.  Is that expansion of the number of top level names (ala .com, .org, .de) more like;

Whatever.  The interesting thing is that suddenly the ICANN root is starting to look a lot more like our old “extended” DNS.  Kinda out there.  Kinda crazy.  Not quite as stable.  And that rascal may cause ISPs and network administrators a lot of headaches.  I’ve written a post about the name-collision issue that describes one of these puzzlers.

If those kinds of problems crop up unexpectedly, ISPs and their network administrator customers are going to look for a really quick fix (“today!”…  “now!”…).  If you’re the network admin and your whole internal network goes haywire one day, you don’t have time to be nice.  The bosses are screaming at you.  You need something that will fix that whole problem right now.  You’ll probably call your ISP for help, so they need something that will help you — right now.

One thing that would fix that is a way to get back the old “regular” DNS, the one we have now, before all those whizbang new extensions.  You know, like Coke Classic.  I know that at our ISP, we’d probably be looking for something like that.  We’d either find one, or roll our own, so we could offer it to customers with broken networks.

We’d be all good tra-la-la network citizens about it — “don’t forget to switch back to the ICANN root when your networks are fixed” and so forth.  But it would get the emergency job done (unless your DNS is being bypassed by applications, but that’s a topic for another post).

That means that the ICANN root might not forever be the first-choice most-trusted root any more.  Gaining trust is slow and hard.  Losing trust can happen in a heartbeat.  I can’t speak for today’s ISPs, but back in the day we were not shy about creative brute force solutions to problems.

We might stop trusting the ICANN root and go looking for a better one.

Disclaimer: I was “ICANN insider” when I wrote this post.  I don’t exactly know when that happened, but there you go.  I was a member of the ISPCP (ISP and Connectivity Provider constituency) of the GNSO (Generic Name Supporting Organization) where I participated in a lot of policy working groups and (briefly) represented the constituency on the GNSO Council.

I’m also a domain registrant – I registered a gaggle of really-generic domain names back before the web really took off.  I think I’m going to challenge John Berryhill to a Calvin-Ball debate as to whether new gTLDs help or hurt the value of those old .com names.  Back to the “chips vs beer” argument.