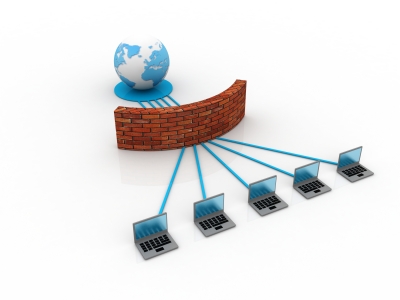 This whole saga started when I read an Ars-Technica article called “Small ISPs use “malicious” DNS servers to watch web searches, earn cash.”  Here’s the lede that got my attention:

Nearly 2 percent of all US Internet users suffer from “malicious” domain name system (DNS) servers that don’t properly turn website names like google.com into the IP addresses computers need to communicate on the ‘Net. And, to make matters worse, the problem isn’t caused by hackers or malware, but by the local ISPs people pay for access to the Internet.

END_OF_DOCUMENT_TOKEN_TO_BE_REPLACED

UPDATE:  Several years have passed and this problem still exists.  However now there is a nice simple plugin that fixes it.  It’s called WP Gallery Custom Links.  It’s working for me.  Hopefully it will for you too.  I updated the first of the three images in my broken example gallery to an external URL as a test.

Sorry about this lame-o post right in the middle of my blog, but this is a bug that’s best documented with a post so’s the WordPress folks can see what’s going on.

I’m running the current version of WordPress here (3.1.3 as of this writing) END_OF_DOCUMENT_TOKEN_TO_BE_REPLACED

Our friends Carlo and Susana came to visit the farm over the weekend.  Carlos rode his bike 102 miles to get here. 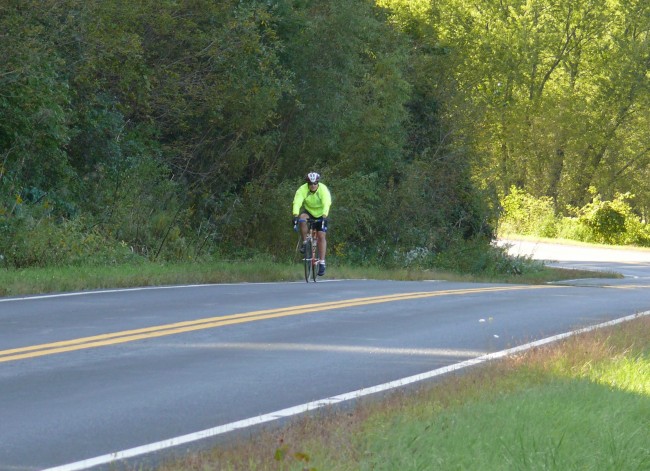 END_OF_DOCUMENT_TOKEN_TO_BE_REPLACED

Here’s a series of Morning Walk panorama shots — a nice perspective on the farm.  I have a new camera that has this cool setting where it takes 100 pictures as you swish it across a wide scene and then immediately stitches them together for you.   Not technically-better pictures.  But really neat pictures…  Click on the thumbnails so you can see the big versions.

END_OF_DOCUMENT_TOKEN_TO_BE_REPLACED

Ooops.  The law hasn’t passed yet — I misunderstood Rick’s letter…  Here’s the salient quote (down near the bottom)

pass the law (well, getting closer anyway – should be next week!)

Sorry about that.  I’ll leave the original stupid/mistaken post here, but you can ignore it.  On the bright side, I’m hoping for the opportunity to write another “Woohoo” post if the bill does pass.

Woohoo!  We did it! END_OF_DOCUMENT_TOKEN_TO_BE_REPLACED

This is one of a long series of “notes to myself” which won’t be very interesting to normal people. I’ve been diagnosing blog and wiki problems for weeks and never found a blog post that had this solution, so I’ll post it here for others. END_OF_DOCUMENT_TOKEN_TO_BE_REPLACED

ah…  The taxes are done, with hardly any damage to the checkbook.  This is the goody I found when I took a little tour of teh Internets as a reward for a job well done…

Click HERE to read a great post (and discover a great blog) about getting rid of surface noise using wood glue of all things.  And then click HERE to get the latest and greatest — ‘turns out that thread generated a LOT of discussion.

The key deal — the kind of wood glue makes a big difference.  The gang on that blog tend to think that Titebond Extend is the bees knees.  I may have to try this out.  The results are pretty darn spectacular.

… that really do a good job of summarizing the security situation and the dilemmas it poses.

Nick Ashton-Hart (current ICANN staff person in charge of remote participation) posted this in the comments to Michele’s post;

“Thanks Michele for your thoughtful and balanced post. I, too, would like to echo the call that people respect each other’s choices about attending or not attending the meeting. I think that characterising the choices of others in negative terms doesn’t really benefit anyone.

We are working very hard internally on remote participation for this meeting; I’m the overall coordinator of the effort. I think everyone will find that things RP-related at Nairobi take quite a leap forward from previous meetings.

You will find that when the schedule is posted on the 15th, detailed information on remote participation for all sessions is published along with the session information. More details will follow shortly thereafter too.”

I’m still on the fence — read those posts for the reasons why I’m still leaning towards going.  But we’ll see…

This just in from The Onion News Network

Thanks for the tip Wayne!

Ah bafflegab. A word steeped in tradition. This word was invented in the early ’50’s by a fella named Milton A. Smith — who received an award for inventing it. At the awards ceremony, he was asked to define it. here’s his response;

You can read the whole article i stole this from here — http://www.worldwidewords.org/weirdwords/ww-baf1.htm

I know.  I should have upgraded MySQL long ago.  But I didn’t realize how easy it was, so I put it off until… now.   The latest version of WordPress (WordPress 2.9) doesn’t work on really old versions of MySQL like my ancient 4.0.27.  Further complicating things is the need to cut blogs and sites over one at a time so’s to be a little prudent about all this.  “Big bang” upgrades seems to result in just that for me — a big bang and then lots of screaming.

I figured out a pretty tidy way to do this, with tips from Garrick VanBuren and Natn Johnston.  Rather than go into lots of detail about what didn’t work, here’s what did work.  This little recipe is mostly for me, since I’m not going to do all these at once and I’ll likely forget some critical bits if I don’t write them down.

Ingredient 1 — multiple instances on MySQL on the same box

This way, I can move the sites over one at a time rather than crashing them over all at once (and most likely breaking things)

Ingredient 2 — loading up the new version of the database

After all, this is an upgrade, right?  I was extra-conservative this time through.  Normally, I just dump the new WordPress files right on top of the old ones and it all works fine.  This time, I made backup copies of the directories just in case things needed to be rolled back.  Here are the steps I went through.

After all, what could go wrong??   Go to the wp-admin page of your blog.  If things are according to plan, WordPress will want to upgrade the database.  Once that’s done, things should be working normally, except you’re on the new version of WordPress.

What if it breaks?

Oh well, so who’s perfect.  Replace the new WordPress files directory with your old files (I’d rename both directories — so you’ve still got new stuff to play with, but your blog’s running again).  With your old files back in place, your old blog should reappear since it’s now using the old files and the old wp-config file is pointing at the old database.  Then, sit down and figure out what went wrong.

Click HERE for a graphic developed by Brian Solis and JESS3 called “The Conversation  — the art of listening, learning and sharing.”  Sorry guys, I’m not trying to steal your Google love, it’s just that all the places I found your picture made it so small I couldn’t read it.

This is a great 2009 snapshot of a bunch of different platforms that are out there to conduct that Conversation.  It’ll be interesting to check back in a few years and see how the landscape has changed.

OK, so here’s a dead-simple idea.  Shorten your own dang URLs instead of letting the URL-shorteners steal your Google-love.

Step 1 — get yourself an abbreviated version of your domain name.

This site is my old standby blog.  A dumping ground for all the ideas that can’t find a home on one of my other sites.  It used to have the HAVEN.com domain-name but I lucked out and sold that name a few years ago so now it’s on the HAVEN2.com name.  Not bad, six letters, pretty short.  But shorter is better.  So I just ran off and got HVN2.com and loaded it on the server so it points to the same site as HAVEN2.com.

Egad!  Another 4 letters wasted if you have to put that on your URL!  Make sure that your site answers to the shorter version as well as the “www.” version of your spiffy short domain name.

Step 3 — WordPress users — use the “ugly” version of your links

Here’s a great post from SheepTech that describes how your WordPress blog is already providing you with a darn short URL.  Click HERE to read his article.  In short, your WordPress blog creates a short “ugly” URL in addition to whatever “pretty” URL you’ve specified.  So you can save a bunch of characters by using that ugly URL.  The format looks like this (using the URL for this post);

That’s pretty darn short!  Way shorter than the “normal” URL for this post, which is;

It’s not quite as short as the URL-shorteners, but the nice thing is that it’s MINE.  🙂

I got going on an idea during coffee with Amalia Deloney yesterday.  She was saying the LPFM stations have a tough time filling the hours with programming and my thought was to replicate the old NFCB Tape Exchange using RSS feeds.  Here are some ideas to get people started.

Problem – Not enough programs to fill the day

Idea – Use podcasts (blogs with RSS feeds and audio programs) to aggregate content from a federation of LPFM stations.  Garrick Van Buren built a great gizmo to do this and you can see an example of his system at PodcastMN.  I’m sure Garrick would be happy to help with this.

Idea – Share a program director between a federation of like-minded LPFM stations.  Let the person be the aggregator of multiple feeds similar to the one Garrick does, and then create a feed that drives the daily programs on multiple stations.  The stations could subscribe to this “network feed” and break away whenever they want to do local programming.

Idea – This gets a little geeky, more for you engineer types.  What about using multiple RSS feeds as the command and control network to operation the stations?  Each station would generate an RSS feed of what it’s doing (playing a file, changing transmitter settings, losing/regaining Internet connectivity, temperature sensing, etc. etc.) and those RSS feeds are monitored by a centralized C&C system that sends station-commands down one RSS feed per station.  Monitor the RSS feeds pretty often (once a minute?) for granularity.  One could use this for both program control and technical control of the station.

Problem – The station isn’t on the Internet

Idea – Use the podcast program-distribution network anyway, but burn the programs to CD and carry them to the station.  What the heck, we used to do this with audio tapes sent through the mail.  This would still provide a really good, cheap source of programming for the federated stations even if they weren’t on the ‘net.

Idea – Lots of ham remote-control their transmitters (including me).  Many of us have built configurations that poll the Internet and, if the station loses Internet connectivity for some period of time, shuts itself down.  Here’s a link to my configuration, you could use this as a model.  And here’s a link to the remote-controlled power switch that actually monitors the ‘net and shuts the station down if the station goes offline.

Idea – The only thing in this page that costs money is that little switch.  The rest of this stuff you can do for free.